What you need to know about NYSE

The world of finance can be something really fascinating. These can be seen in all kinds of areas, because it is usually the backbone that keeps the economy of a country moving, as well as that of a particular person.

Every little expense that is made is one more grain of sand in the wide desert that is the financial system. Of course, we do not refer to it in a derogatory way, but rather as a medium that is continually changing, evolving and growing, always together with the people who take part in it, which are the majority of us.

Likewise, if you are a person who is interested in finances, whether in personal finances or even companies or the state, you are interested in knowing a little more in depth how a medium as broad and complicated as it can be works the financial environment.


And, perhaps one of the basic issues that must be taken into account, the Stock Market, and that where different shares of companies are bought and sold, which in the long run come to have a great influence on the economy, even on an international level. And for this reason, below we will tell you a little about one of the most important stock exchanges in the world, the New York Stock Exchange.

The largest stock market in the world

The New York Stock Exchange, which is also known as the NYSE, is currently the largest Stock Market in the world when we speak in terms of monetary volume. Likewise, it should be noted that this exchange is the first in number of companies that are attached to it. In fact, such is the volume of transactions that this exchange has, that it is only surpassed by NASDAQ, which only happened during the 90s, an incredible fact considering that the joint capital that is within the NYSE of the companies that are attached, is up to 5 times higher than that of NASDAQ.

The origin of this stock market occurred in 1792, when several brokers of the stock market of the time organized themselves to form a committee that could control a little more the flow of stock transactions that occurred informally on the sidewalks of Wall Street. Right after 1918, just after what was the First World War, it became the most important stock exchange in the world, leaving aside the powerful London Stock Exchange.

But, despite the fact that from the beginning this stock market did not stop growing in terms of volume of transactions, in 1929 there was the unfortunate incident of Black Thursday; a day when one of the largest stock market crashes would occur, resulting in a giant economic recession, which soon after would be known within the United States as the Great Depression.

Given that thousands of dollars in shares are traded daily within this exchange, it is obvious to assume the magnitude and importance that this exchange has only for the US market, without taking into account the international one. 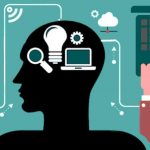 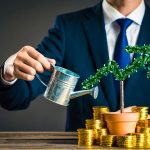 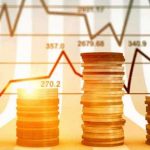 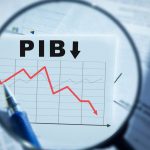 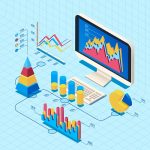